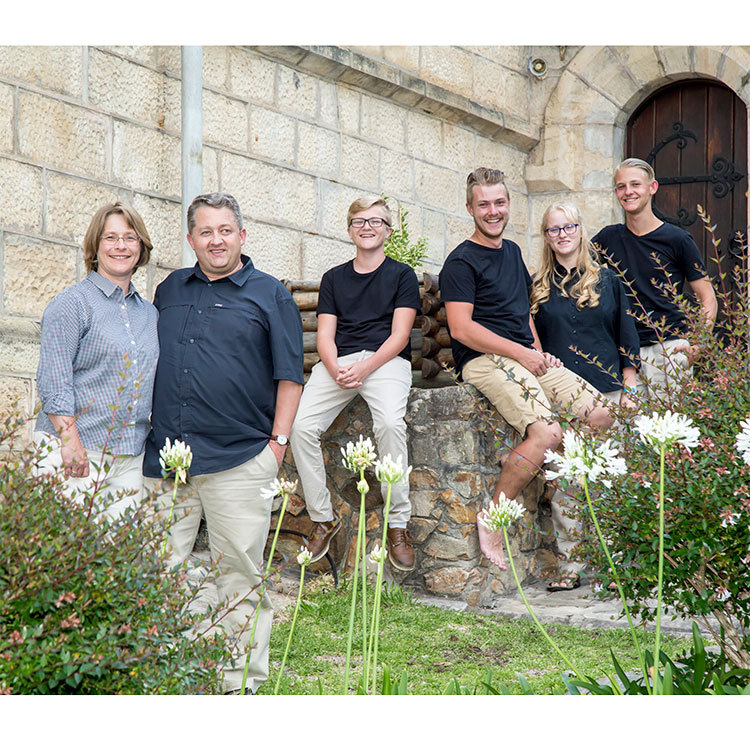 I, Herb, came to Christ at the age of five under the guidance and direction of my mother. I grew in my faith through the ministry of my local church in New Brunswick, Canada. As a teen, I surrendered my life to full-time ministry and subsequently completed my undergraduate training for youth ministries at Northland Baptist Bible College in Wisconsin. After graduation, while serving as a youth pastor in Mount Pearl, Newfoundland, Canada, I met the love of my life, Janet. Janet had grown up in Newfoundland and received Christ at the age of 14.

We were married in 1997. Together, God moved us on to seminary and then to the pastorate of my home church in Saint John. We ministered happily there for 14 years. The Lord used a 2014 trip to South Africa to visit our missionaries to impress us with the needs and opportunities in foreign missions. So, after much prayer, we joined the Baptist Mid-Missions family in 2015 and landed—along with our four kids—in Knysna, South Africa, two years later.

God has provided numerous opportunities for ministry in Knysna. In early 2018 we began a home Bible study which has resulted in the formation of a young church. I also do biblical counseling and teach at a Bible institute. Janet is active in ladies' Bible studies and children’s ministries and also volunteers in a couple of the local primary schools in our community.