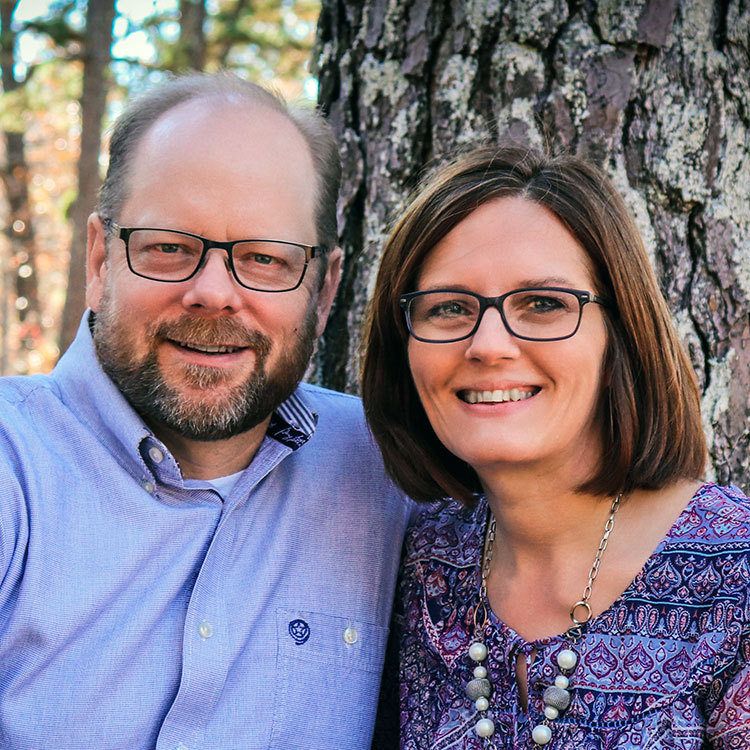 As a child, Ron trusted Christ as Savior at a five-day Bible club held in my home in Pasco, Washington. Joy grew up in Minnesota, and was also saved as a young child. We met in Bible college and were married in 1985. God gave us five children and, for 26 years, I pastored churches in the Pacific Northwest and Minnesota. During many of these years, I had a part-time job and became skilled in carpentry, maintenance, and emergency medical services.

In 2013, we spent a week at Missionary Acres in Silva, Missouri, with a group from our church. Even then, we began to sense that God was calling us to join the staff at Missionary Acres. We joined Baptist Mid- Missions, sold our home, left the pastorate, and began deputation. We reached full support and joined the Missionary Acres staff in 2019.

Owned by BMM since 1962, Missionary Acres is an independent living retirement village for pastors, missionaries, and other career Christian workers. Our main ministry areas are maintenance/construction, emergency medical care, office/technology, guest services, and marketing. We will be traveling to speak in churches and conferences and meet with potential residents, volunteers, and financial donors.