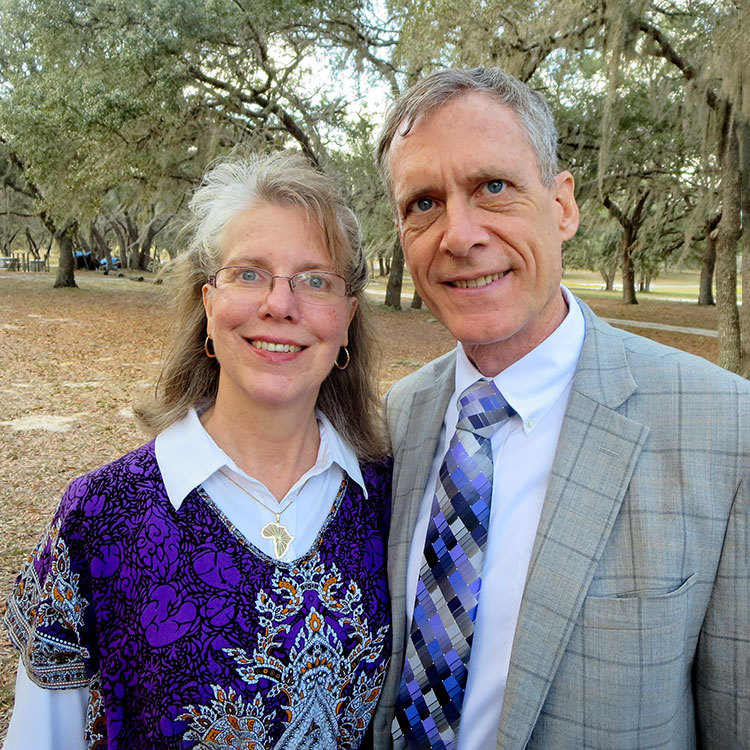 We both came to know the Lord as children and grew up in ministry families. I (John) am a missionary kid from Chad and the Central African Republic, and I learned to love the people and their culture. Paula, a pastor's kid from Michigan, grew up seeing the blessings and difficulties of ministry. God gave both of us a desire to serve Him as missionaries. He brought us together during John’s seminary years, and we joined BMM in 1986, leaving for CAR the next year.

Originally, we worked with a four-year Bible institute, training men and women to serve in church leadership. Political unrest forced us to evacuate, and we served five years in Moncton, NB, Canada.

In 2010, God led us back to CAR with a vision of creating a seminary that would be self-sustaining and would outlive our missionary presence. The school (FIBAT) began in 2011, awarding both masters and bachelor's of theology degrees. We are trusting God to help with two major goals: 1) Completing the campus development so classes can be held on the 22 acres purchased for the school, 2) Funding doctoral degrees for current teachers that would, in turn, raise the level and credibility of the seminary.