Fall 2021 In the Shadow of Your Wings 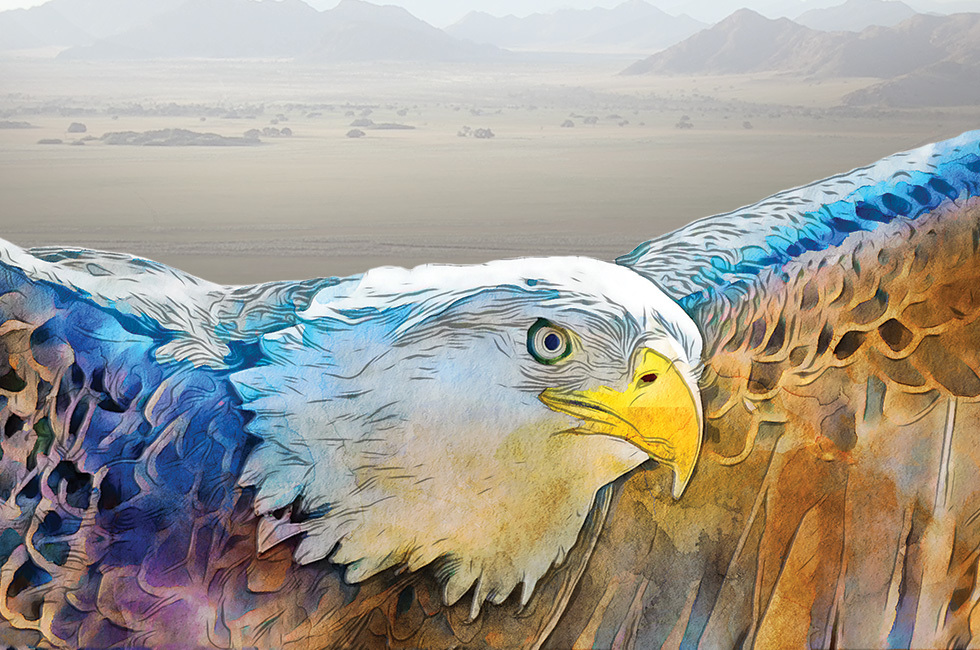 “As so many people have been praying for us, I think it is good to share with you what amazing things God did for us while you were uplifting us before His Throne and had no idea what was happening here. I felt a strong conviction that we should share our story with the world so God will be glorified.” —Sara

Sara* is one of many BMM missionaries courageously serving in Creative Access Nations. Through the years, Sara has seen God care for her and the children’s village she founded, but never more profoundly than when civil unrest came to the region in late 2020.

* All names have been changed in this article.

On the night of November 3, 2020, Sara kept waking up. The electricity and phone network seemed just as fitful. They flickered off and on throughout the night, matching Sara’s unsettledness. But by early morning, power flowed long enough for Sara to pick up an important message: one of the local command posts had been attacked and fighting had started in the region.

Expecting the fighting to stay at a distance, as it had previously, Sara sent two of the village’s eighth graders off to school. However, later in the day, checkpoints along the road caused closures, and Sara and the team members had to obtain special permission to bring the frightened children home. In the meantime, local armed guards surrounded the children’s village compound to provide a measure of security. That was the first of many special protections God placed over them.

On November 5, the banks closed, and fuel became scarce. Sara and her team quickly laid in a supply of charcoal, baby formula, and extra food, which exhausted all the cash they had on hand. Because they had a good relationship with the bank, they were allowed to secure extra funds, more than they expected. It was another of God’s provisions for the village’s 40 children.

As internally displaced people (IDP) began streaming into town, Sara’s embassy contacted her. Did she want to be evacuated back to her home country? Sara wavered but then thought, how could she leave, not knowing if the children’s caregivers would stay? Would God’s assignment mean only for the good and safe times or also for the bad and dangerous times? Sara realized she had to trust God. If He wanted them all to leave, He would provide a way, and if not, He would see them through the crisis.

Around November 11, the IDP stream turned into a flood. Food was getting scarce, and Sara and the children began eating the chickens they had kept for egg production. The generator powering their well pump broke beyond repair, leaving them with only a hand pump. The weekend of November 14–15 marked the last opportunity to evacuate. Sara and four nuns in an unrelated ministry were the only foreigners who stayed. Despite the strain, Sara never doubted her decision.

Meanwhile, both the caregivers and the kids, ranging from babies to teenagers, grew anxious at the now-regular sounds of gunfire and bombs close to the compound. On November 15, Sara brought the panicking caregivers and all 40 children from their houses into the home she shared with the teens. Drawing them into the hallway when the fighting became intense, she prayed with them and sang songs, all the while telling them about God’s love and his faithful offer of eternal life. Worse than the fighting around them was the prospect that any of them might die without Christ. As Sara prayed, thinking it might be their last day on earth, an indescribable peace came over her. Everything was out of her hands, and all she had left was in God’s hands.

After a while, the shooting and bombardments stopped. When the kids looked out the window, panic returned. Soldiers were entering the compound. Sara’s right-hand man, Samuel, and another of the children’s workers courageously went out to speak to the soldiers. With a wash of relief, they found that they were from the government. Their battalion would be there just a few days, but they would protect them. Sara had the caregivers and children sit down so they could thank God for their answered prayer. It was as if God Himself had come down and put His arms around them all and showed that the village was His work and that He looks after His children.

Needing to get vaccinations for several babies, Samuel and the village’s driver, protected by three soldiers, went into town. It now looked like a ghost town, with no clinics open, but Samuel spotted a store owner walking down the street. He had closed his shop and relocated his inventory to keep it from looters, but he was happy to sell Samuel a new generator for the village. Another provision from God.

Several battalions of soldiers came and went from the village compound as the fighting escalated. The village had always felt like a safe haven, and their safe space did not feel safe anymore. The kids were having nightmares. Many nights Sara slept with her clothes on, ready to jump out and deal with whatever came. Some nights she dreamed she got killed, and she woke in a panic. It felt like the color and beauty had disappeared from the land. Suddenly everything had become sad and dangerous. With every plane and helicopter that flew over, the children hoped they would come to take them to a safer place. They all had to learn that God does not always take troubles away from them, but He is right there with them.

It lasted only weeks, but the fighting seemed like months. Their trust in God was put to the test again on November 28, their first night without soldiers camping on the compound. Samuel bravely slept at the gate, and God kept them from harm. Gradually, the conflict wound down.

Looking back, they marveled at the many ways God sheltered them under His wings. Sara’s renewed government ID card had been obtained just days before the conflict started. Also prior to the fighting, they had taken four large sacks of grain to the grist mill to be ground. They were sure they had been looted, but when they could finally check on them, the sacks were waiting for them. God even protected His food supplies.

Sadly, the situation remains unstable in their region. At aid agencies’ request, Sara and her team at the village are providing food support to 2,000 IDP. They reopened the village’s rehabilitation center for up to 50 children needing emergency shelter, and they are overseeing a center for displaced people. They have helped 200 destitute families with small-business skills training.

Most of the world’s unreached people groups live in Creative Access Nations, countries that grant no missionary visas. By providing humanitarian and business services, missionaries can enter these countries and carefully reach people with the gospel, as Sara and Samuel and the other national believers are doing. Contact us to learn how you can be involved in this important missions frontier. 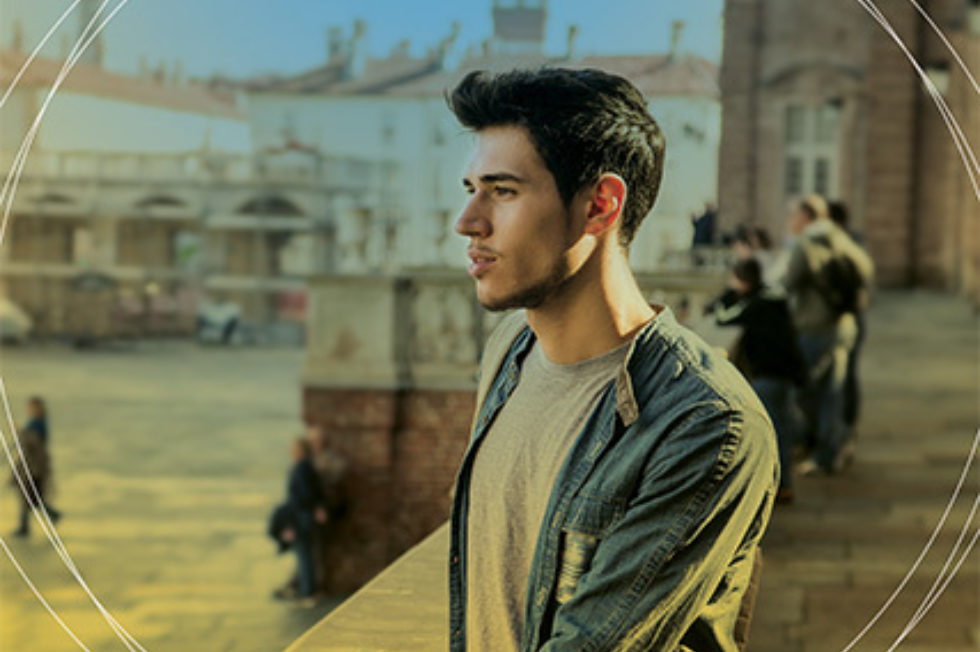 Serve … because you are not your own. You were bought at a price. 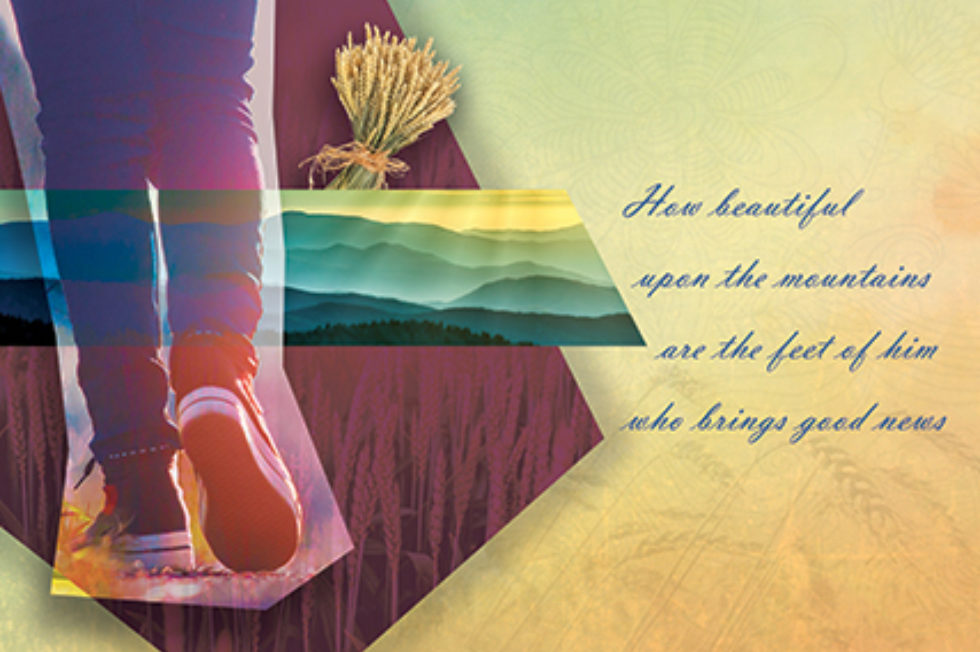 Introducing the Class of 2021

Join us as we welcome our newest missionaries—the next generation to proclaim the good news of God’s peace and salvation.