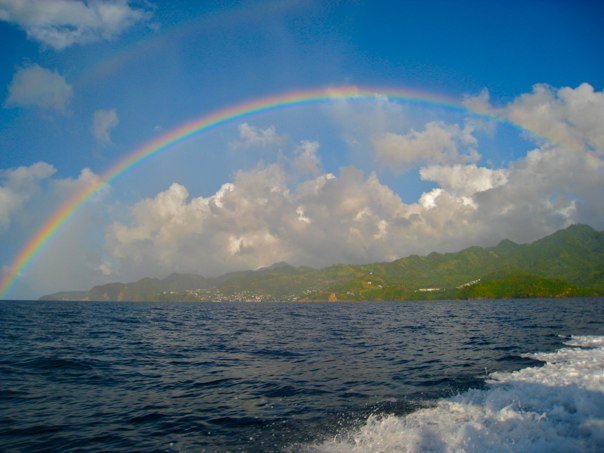 St. Vincent, West Indies, is a mountainous tropical island. The majority of the people live on the coast. The population is predominately black, with a small group of East Indians and a minority of whites.

There are over 20 different religious groups, of which the Anglican Church is the largest. Ecumenism is making strong inroads into Vincentian religious life. Currently cult groups such as Jehovah's Witnesses, and Mormons are growing rapidly, while many rural areas have embraced Rastafarianism.

St. Vincent's many religious groups create challenges for ministry. Most groups do not preach the true gospel, and many Vincentians believe that works such as baptism and church attendance are what brings salvation. Being in a religious mission field like this means the gospel must be clearly explained, emphasizing the inability of any good works to bring salvation.

Believing the Lord was leading them to the Windward Islands, Eugene and Hilda McMillan arrived on the island of Grenada in January 1947. After surveying the area, the Lord led them to St. Vincent. In Arnos Vale they met a Christian farmer who had been praying for many years for a missionary to come. He gave a small lot to the mission for a church building. The Arnos Vale Baptist Church (now Calvary Baptist) was organized on October 29, 1947.

In 1949 and the early 1950s more missionaries came to St. Vincent. In February 1953, recognizing the urgency of training national leadership, missionaries organized the Baptist Bible School of the Windward Islands. The school initially met in the missionaries' homes, but eventually the Lord provided a building for the Bible college. The school was closed in 1999.

The most recent churches include Campden Park, which was graduated in 1998, and Tabernacle Baptist Church in Barroullie.

There is still a need for more Baptist churches, especially in the interior and in the Grenadines, small islands off the coast of St. Vincent and Grenada. Church planters are needed to meet this need, as are teachers for the Bible school.