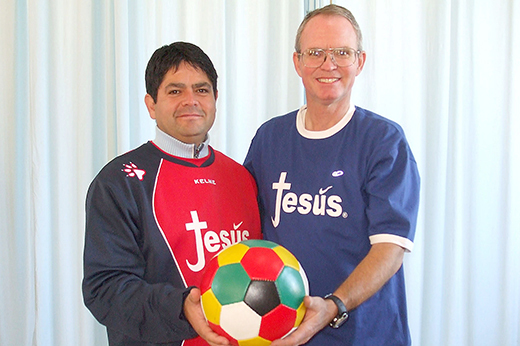 Argentina is the world’s eighth-largest country by land mass and ranks third among Latin American nations in population. Its topography is as diverse as its climate. From the cold, wind-swept Patagonia in the south, to the subtropical heat of the Mesopotamia region in the northeast, Argentina is a country rich in natural beauty.

After a long period of political and economic instability, democratic rule was reestablished in 1983. However, the country still has not returned to its former prosperity.

Ninety-two percent of its population is urban, with 15 million living in the capital, Buenos Aires. Roman Catholicism is the major religion and has state support, but there is freedom of religion, and missionaries are permitted to work there.

Tom and Neva Parrott opened Argentina in the second-largest city, Cordoba. Ernie and Carol Mason arrived in 1996 and started the only independent Baptist work in the southern half of the city. At present, our missionaries in Argentina are the Masons and Andrew and Romina Self. All serve in church planting.

More church planters are needed to launch ministries in Argentina.

Assist missionary in Argentina with carpentry and electrical projects as well as laying ceramic tile.