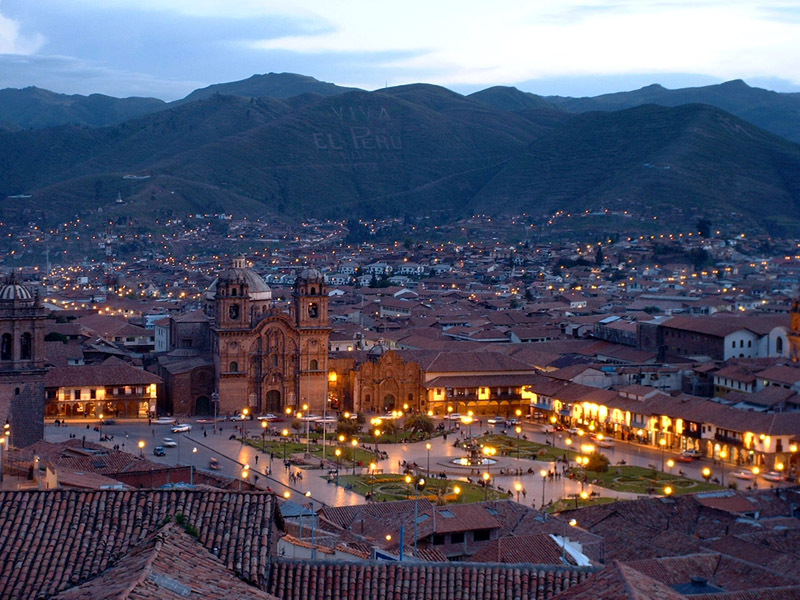 Peru is the third-largest country in South America. The greater part of the Indian population lives in the rural, central Andean mountain zone and in the eastern jungle area of Peru. In the western, coastal region the people are mainly mestizo and European.

Constitutionally, religious liberty is granted. The prominent religion is Roman Catholicism, which is protected by the state.

Since 1937, over 50 missionary couples and singles have labored in Peru under Baptist Mid-Missions.  By 1965, there were five churches and five mission works. About this time God started using Peruvian workers in a marvelous way to start many more churches than the missionaries have.  Over 500 churches trace their ancestry to BMM.

The work in Peru has focused on three major areas: the Cuzco area, the Northern Peru area, and the Greater Lima area.

Cuzco region
The work in Peru began in 1937 in the Cuzco area. Today in this area there are around 100 organized churches or mission works with which BMM works.  Peruvians pastor almost all the churches, and the great majority have been started by Peruvians.  Renewed church planting efforts by a team of Americans and Peruvians in the city of Cusco have been successful.  Most of the services in the countryside are in Quechua.  An FM radio station in Urubamba aids evangelism and edification.  Churches in this part of Peru now have the benefits of a Bible college and a Christian camp, fruit of American and Peruvian teamwork.

Northern region
Baptist Mid-Missions next began working in the northern Peru area in 1938.  The work has centered in the coastal city of Trujillo.  Today in the broader Trujillo area, BMM fellowships with over 40 churches.  Here, the Seminario Bautista del Perú is a joint effort between Peruvians and missionaries for training laborers from the entire country.  The area also enjoys a camping ministry, with its own property since 1998.

In the late 1950s and early 1960s, the Lord enabled BMM to start a church in both Chiclayo and Sullana. Since the middle 1960s, BMM has not had resident missionaries there and has only provided indirect help. The Peruvian pastors of these two churches and their daughter works have started over 300 churches in the northwest area of Peru.

Baptist Mid-Missions’ efforts in the capital city, Lima, began in 1954.  With over 10 million people, it is the largest city in Peru.  Thirty percent of the people in Peru live here.  As in the other areas, God has raised up many Peruvian laborers to multiply BMM’s efforts.  Today BMM fellowships with over 40 established churches in the Lima area.  Since the late 1960s, Lima’s camp has bolstered church planting by producing many decisions for salvation and full-time ministry.  In 2010, Stan and Ruth Templeton began a radio ministry, Integrity Radio Network, to reach Lima.  This ministry helped them start two churches, and now they are establishing additional radio stations across Peru.

Since 2002, Lima has been the home base for the Arriba program.  Arriba is an 11-month missions internship program for college students who have a heart for missions.  Over 30 hours of academic credit are earned in conjunction with Faith Baptist Bible College.

A camp director is needed for the camp ministry in Lima, Peru. Currently the camp runs programs seasonally; however, the ministry holds far more potential for year-round impact.

Lima, the capital of Peru, is home to over 10 million people and a growing network of Peruvian churches. The camp ministry, located outside of the city to the north, provides an ideal, relational setting for gospel ministry. Serving in this camp ministry also allows you to be involved in a local church near the camp with growing ministry.

Perhaps your skills are geared toward the various needs of camp ministry. Perhaps you have a heart for youth and a desire to use your camping skills in missions. If you are willing to learn Spanish and put these interests to work in this important ministry, contact us today.

Spend several weeks working alongside hard-working missionaries that make up our Cusco Ministry Team. Your experiences may include helping out in children’s Bible club in a local church plant, passing out evangelistic literature in the city, completing menial tasks, and reaching out to remote peoples who have little gospel witness. The Cusco region of Peru is rich in history and full of diverse and needy people. You will meet people from various ethnic backgrounds and language groups and will develop a vision for continuing the great task of advancing the gospel in the interior parts of South America. Get a taste of frontier, next generation missions in Latin America which focuses on training and partnering with national believers and using creative means to accomplish God’s mission. You will not regret the opportunity to learn from a passionate team of God’s servants.

Teach module Bible and ministry courses in English with a translator or in Spanish at a resident Bible college in Urubamba of the mountainous Cusco region of Peru. You would also enjoy opportunities for ministry in churches throughout your stay. Situated at a high altitude, the Cusco region is made up of Spanish speakers as well as other ethnic groups like the Quechua people. It neighbors remote, jungle regions of Peru where there is a great need for churches. The Bible college supports the church planting efforts all across this region. If you are a pastor or have past experience in theological education, this is a tremendous way to touch generations in Peru. Plus, classes can be conveniently scheduled to fit into a short time frame. Perhaps you are considering long-term ministry in this region. Seize this ripe opportunity for involvement with potential for longer impact.

Arriba is a one-of-a-kind missions experience that has been transforming the lives of college students since 1982. Under the guidance of skilled missionaries, Arriba students experience 11 months in Peru, beginning with 30 credits of relevant course work and continuing with a hands-on ministry internship in a Peruvian church.

The program is based in the Peruvian mountain and coastal cities of Cusco, Lima, and Trujillo. College professors from the United States teach courses, and students receive college credits for undergraduate work. After learning conversational Spanish, interns actively participate in missionary service experiencing six months of training with veteran missionaries and national Peruvian pastors. All participants are sent as short-term missionaries by the independent local churches of which they are members.

With almost half of the population being under 25 years old, Arriba interns will have many opportunities to develop relationships with young people ready for a godly influence.

Learn more about courses and cost at http://arriba.bmm.org/.

Theological professors with advanced degrees are needed for the Bible college in Trujillo, Peru, to help start masters level instruction. You will also enjoy many opportunities for ministry in local churches in the area. Situated on the West Coast of South America, Peru is made up of Spanish speakers as well as other ethnic groups. It contains large cities but also neighbors remote, jungle regions where there is a great need for churches. The Bible college ministry in Trujillo supports the church planting efforts all across this region, even beyond Peru’s borders.

The gospel is spreading in Peru through missionaries and through the faithful witness of Peruvians. They need training in the Word to establish biblical churches that will reproduce themselves. If you are a qualified theology teacher and that vision draws your attention, why not consider Peru? Complete a Next Steps form today!

Music instructors with a bachelor’s degree or higher are needed in Baptist theological schools in Cuzco, and in Trujillo, Peru. You will also enjoy many opportunities for ministry in local churches in the area. Situated on the West Coast of South America, Peru is made up of Spanish speakers as well as other ethnic groups like the Quechua people. It contains large cities but also neighbors remote, jungle regions where there is a great need for churches. BMM’s two Bible college ministries support the church planting efforts all across this region, even beyond Peru’s borders.

Have you dreamed of using your love and skill in music on the mission field? Do you also have a deep desire to see lives changed through your faithful witness? Consider Peru today!

A camp director is needed for the camp ministry in Trujillo, Peru. Currently the camp runs programs seasonally, however, the ministry holds far more potential for year-round impact.

The Northwestern coastal area of Peru hosts a dynamic and growing Peruvian church. The camp ministry provides an ideal atmosphere for biblical ministry to advance in a relational setting.

The predominantly Roman Catholic region is filled with lives both young and old that would benefit from a growing camp ministry.

Perhaps your skills are geared toward the various needs of camp ministry. Perhaps you have a heart for youth and a desire to use your camping skills in missions. If you are willing to learn Spanish and put these interests to work in this important ministry, contact us today.