They Call Her Alpha

They Call Her Alpha

Written by Kent and Belén Albright, who serve in Spain.

We’d like to introduce you to our longtime friend and supporter Alpha Johnson. Mrs. Johnson turned 100 years young in February 2020—she has been supporting us for nearly 30 years! Since our 2020 furlough travels were cut short by the COVID-19 quarantines, we could not stop to see her in her Denver home and congratulate her personally for her centennial birthday. She is one of so many unsung heroes and heroines of the Faith that deserve recognition, so we’d like to sing a little about her now.

Alpha, as she asked us to call her, was already a widow when we met her. If it were not for a host of undeniable evidence to the contrary, we might even doubt that she ever existed, thinking that she was literally an angel from heaven! Before we began our missionary career, life was tough and times were hard. The engine in our ’75 Vega wagon had just blown (not unusual for Vegas). I had no job, our little two-year-old Lorena was in diapers, bills were piling up, creditors were lining up at our door … and our dog died. Belén worked 20 hours a week for minimum wage, but that was a drop in the bucket compared to what we owed—we were literally a week away from eviction and homelessness. Then one afternoon Alpha came by. We had no idea who this brash, kind-of-snarky lady was—she literally shouted, “Hi, I’m Alpha, can I come in!” (She’s not known for being soft-spoken). Without much remedy, we reluctantly let her in. Was she another bill collector disguised as an old lady?

An angel sent from heaven

No, she wasn’t. A mutual friend had asked her to pray for us, and she decided to do more than pray. To this day we have no idea what moved her to help us so lavishly and compassionately. She sat us down (in our own house!) and told us what she was going to do: 1) She would come by every morning to pick up Belén and Lorena, 2) take Belén to work and take care of Lorena until Belén finished her shift, 3) then pick her up and take her home, thus freeing me to go out and look for work—on the bus, or I could use her car, if I wanted, 4) then when I got a job she would give us her car and buy another for herself. It took a while for our minds to wrap around what she was saying, then another long while for us to close our mouths! It couldn’t have been anyone less than an angel who had just graced our home.

God’s answer to our prayers

Belén and I could never repay the eternal debt we owe to Alpha—though we have tried to by helping others as she rescued us. She was God’s answer to our prayers, our desperation, the deep, dark hole that was consuming us. She built our faith and trust in an omnipotent, all-seeing God that moves on his people to rescue others in need. Alpha, of course, is a Christian and has faithfully served her Lord for her 100-year-young life. We’re not the only missionaries she supports. She’s not the only elderly widow that supports us (Thank you, Mrs. Harp and Mrs. Hughes!). From her limited Social Security pension she has been sending us $45/month for as long as we can remember.

Alpha is 100 years old but still drives, still tends her flower garden, still cuts her grass, still cooks, still tells her preacher when he’s not preaching right; and when something breaks that she can’t fix, her son comes to help her … as Alpha says, “if he can. He’s almost 80 and is kind of frail and feeble!” For many years, she picked up aluminum cans on her long daily walks, to give even more to missionaries. When we last visited her, she was making purses out of pop can tops, in order to sell them and give more to missions.

Congratulations, Alpha! Thank you, Alpha! God bless the day you entered our lives, and God bless everyone who is inspired by your godly, selfless, generous example!

Epilogue: As the quarantine restrictions began to lift, the Albrights were able to visit Alpha before wrapping up their 2020 furlough. Alpha was delighted to know that her story would be shared. 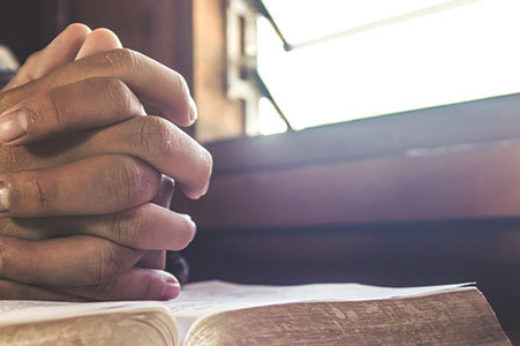 Three Ways to Pray for Missionaries

Three powerful ways to universally pray for any missionary

Without churches focused on the Great Commission, we would not exist—and lives around the world would remain unchanged.