The Celebration of a Century

The Celebration of a Century

For Baptist Mid-Missions, it was the event of the century.

On October 16, 2020, we held our long-awaited Centennial Celebration and Presidential Installation at First Baptist Church of Elyria, Ohio. More than 200 guests celebrated alongside us as we recounted 100 years of history and inaugurated Dr. Patrick Odle as Baptist Mid-Missions’ ninth president.

A vision no one else saw

Pandemic protocols changed the way the event was held, but they did nothing to dampen the joy. Starting with the opening song of “To God be the Glory,” the evening was wrapped in worship of our great God and Savior. It showed in our history video featuring second- and third-generation missionaries recounting their parents’ and grandparents’ faithful persistence to establish the message of Christ in new territories. President Emeritus Gary Anderson spoke of William Haas, our founder, to whom God gave a vision that no one else saw—to create the world’s first independent Baptist mission agency. The early missionaries he recruited, up through the present day, have been captivated by the same passion as the Apostle Paul, to press on to complete the work yet unfinished.

After his presentation, BMM Elected Council Chairman Tom Alexander surprised Dr. Anderson and his wife, Barb, with a dedicatory plaque for the new Anderson Ministry Training Center, named after Dr. Anderson in honor of his 26 years of presidency, during which he was an unshakable champion of BMM missionaries.

Coupled with our momentous anniversary, we installed Dr. Patrick Odle as our ninth president. The chairman of our Presidential Search Committee, Dr. Jason Ormiston, described how God led us to the ideal leader for a new era of BMM ministry, a man imminently qualified for the position and also a man deeply tied to BMM through his past roles as a BMM Council member and as pastor of First Baptist Church of Elyria, Ohio, the church in which BMM was founded on October 15, 1920. President Emeritus Vernon Rosenau spoke on how God drew Dr. Odle to recognize the calling He was placing on his life.

BMM Elected Council Chairman Tom Alexander presented Patrick and Ruth Odle with the Council’s certificate of inauguration. Afterward, the search committee and Presidents Emeritus Anderson and Rosenau surrounded the Odles in prayer, asking God to strengthen and protect them for this new responsibility.

In his response message, Dr. Odle marveled with gratitude that God would use him as He used so many servants before him. He pointed out that 1920 had seemed like a terrible time to start a mission: a World War had just ended, a global pandemic (the Spanish flu) was raging, and theological modernism was splintering churches. The same is true for 2020 with its racial and political strife, global pandemic, and postmodern theology threatening the church’s future. Yet the future is as bright as the promises of God.

Comparing 1920’s world population of 1.8 billion with what will shortly be a world population of 8 billion, Odle said, “Are our challenges in 2020 any more difficult for God than those Haas faced a century ago? Obviously, the answer is, ‘They are not.’ If God could do such amazing things in the last century, could He do similar things in the next century? He could do the very same kinds of things and even greater things.”

Dr. Odle recommitted himself to Baptist Mid-Missions’ twofold purpose outlined by our founders: To reach the millions of souls still waiting for the news of salvation and To awaken US churches to their responsibility in carrying out the Great Commission. “Is this not what we need today?” Odle added. “God wants Baptist Mid-Missions to do what our founder set out to do—only a century later.”

Our new president unveiled Advance the Vision, his plan to move Baptist Mid-Missions into the next century of missions. This 20-year plan challenges churches and individuals to join us in these energetic goals:

Our Centennial Celebration culminated the first 100 years of God’s work through Baptist Mid-Missions, but there is much more work yet unfinished. In his closing remarks, Dr. Odle said, “The mantle of responsibility to take the gospel to the world rests on the shoulders of every believer.” When you partner with missions, you reap the reward along with the missionaries who sow the seeds of the gospel. What part does God want you to play to advance this vision?

Watch the video of our event:

On March 8, 2020, Patrick Odle was announced as Baptist Mid-Missions’ President-Elect. 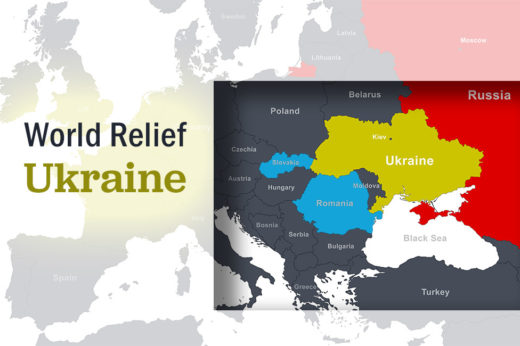 Your gift to World Relief will help our missionaries and trusted contacts deliver relief to the hurting people of Ukraine.