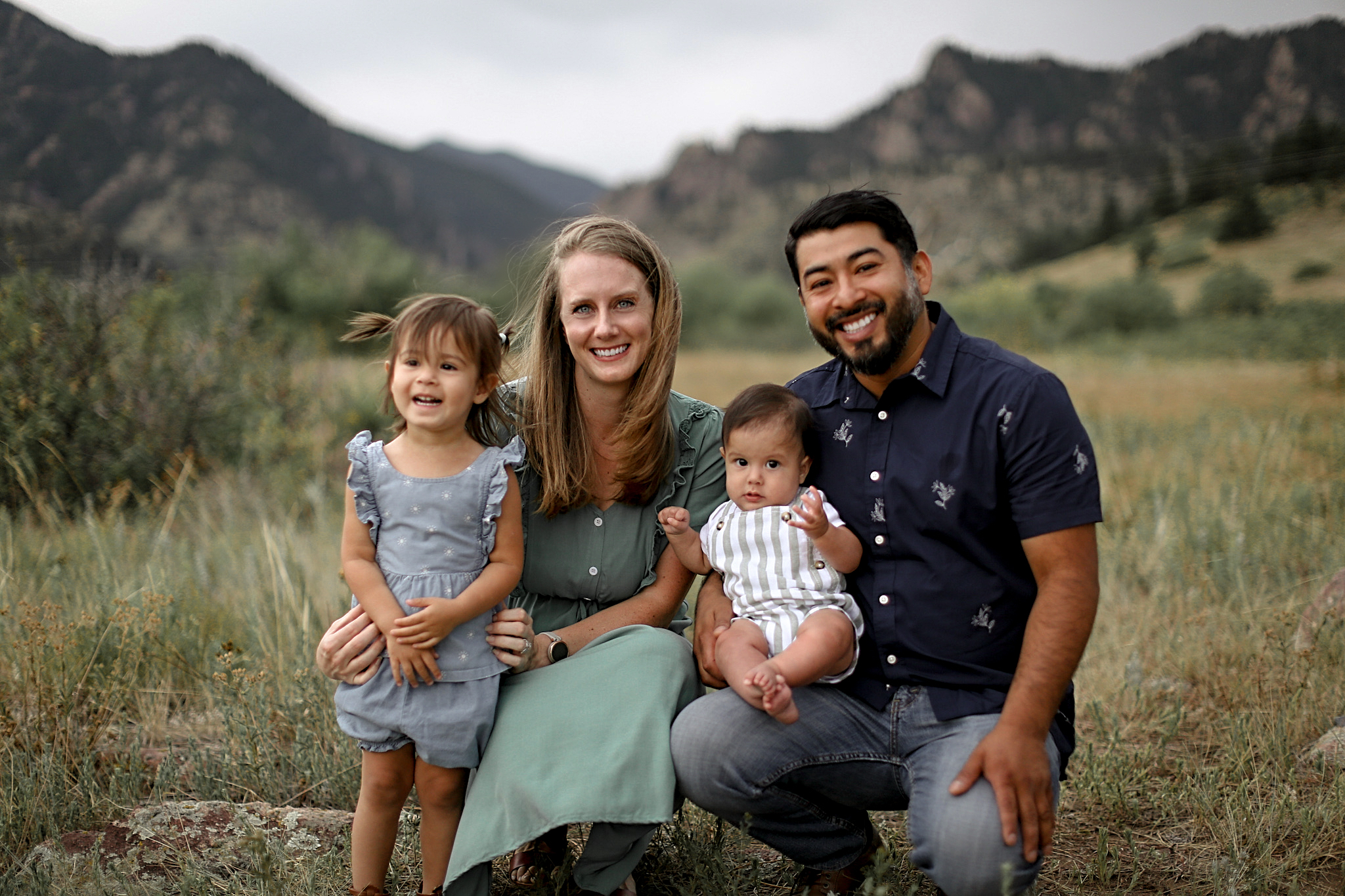 Though Román’s mom began taking him to church at a young age, he didn’t understand the gravity of his sin until his later teenage years. At that time, God took hold of his heart and life and gave him a desire not only to follow Him, but also to serve Him in pastoral ministry.

Being raised in a Christian home, Melody realized her need for a Savior in elementary school. Though she was saved at a young age, her faith became deeper and more personal when she went off to college. There, she started to figure out how God wanted to use her as an individual for His glory.

Román and Melody met in 2012 when Melody spent a year in Peru with the ARRIBA program. They married in 2015 and started serving as faithful members of local churches first in Peru and then in the United States. In 2019, Román began preparing for pastoral ministry as an apprentice under the pastoral leadership of FaithPoint Church in Longmont, Colorado.

Román, Melody, and their two children, Cassidy (2020) and Ethan (2022) are preparing to go to Spain in the summer of 2023 to minister with Seth and Crystal Grotzke.