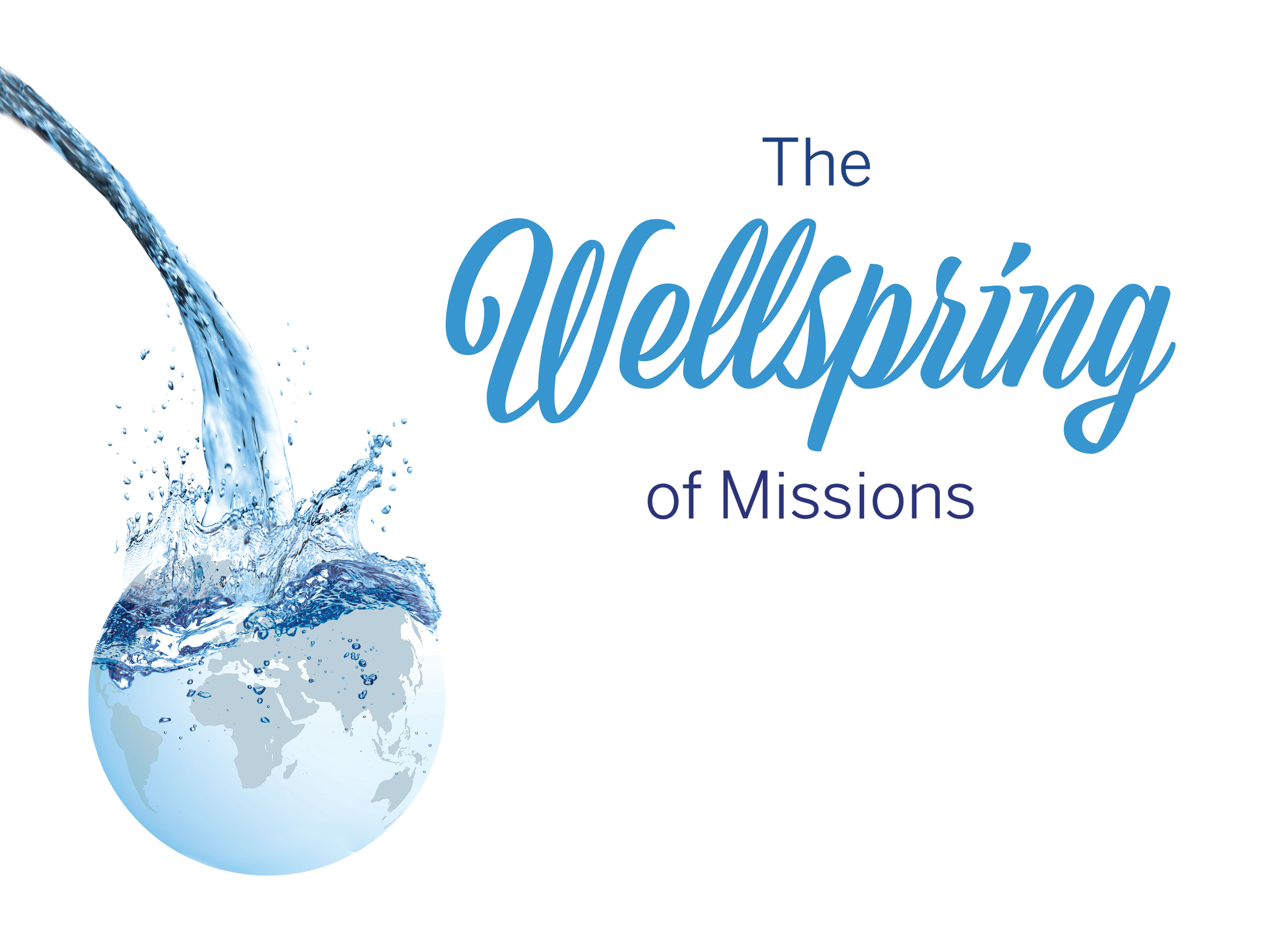 As we reflect on 100 years in ministry, we salute churches! By God’s design, they are the wellspring of missions. From them flows the transformational power of God’s Word as they teach and model how to follow Christ faithfully and passionately. Without churches focused on the Great Commission, we would not exist—and lives around the world would remain unchanged.

We are privileged to partner with hundreds of Great-Commission-minded churches. Let us introduce you to just a few.

We start with our roots: First Baptist Church of Elyria, Ohio. In 1920, a team of pastors and laymen joined in the vision of our founder, William Haas, to create an all-new mission agency that stayed true to biblical fundamentals (read more in the article Restless Zeal). First Baptist of Elyria opened their prayer room for the organizational meeting that founded Baptist Mid-Missions. The church has backed BMM ever since, and today our annual missionary Family Conference is held at FBC Elyria, the church where it all began.

Another deep-rooted BMM supporter is First Baptist Church of Mishawaka, Indiana. In 1927 their pastor, M.E. Hawkins, became BMM’s second president and our first full-time representative. He was an exceptional preacher and mobilizer. In just one six-month period, he traveled over 15,000 miles and witnessed over 100 professions of faith and many dedications of life. Baptist Mid-Missions’ numerical growth accelerated under his tenure. In 1922, the church commissioned and sent Paul Metzler, one of our earliest missionaries, and the church continues to support his daughter Evelyne, now a retired missionary. First Baptist has invited all their current and retired BMM missionaries to a special recognition service during our 100th anniversary year.

First Baptist Church of Bronson, Michigan, is not a large congregation, but their support has been steady and valued. In 1920, they began supporting two of our original missionaries, Ferd and Ina Rosenau, and have supported three generations of the Rosenau family up through the current time. In a day where adequate secondary education was unavailable for Africa MKs, the Russell family from the church took in Ferd and Ina’s sons and saw them through high school into adult life. Contributions like theirs are priceless for missionary parents.

Canton Baptist Temple in Canton, Ohio, is the sending church for six BMM missionaries, and the church supports four more. In the last 10-15 years, the church has used some of their $700,000 missions budget (all given through Faith Promise offerings) for a unique jump-start program for missionary appointees. As part of the program, France appointees Jonathan and Priscilla Laase are serving the church in a year-long internship. The church provides them a salary, house/utilities, and vehicle, along with publicity materials. With material needs covered, missionaries are freed to pursue meetings. Under the program, most missionaries gain full support in around two years.

Prairie Flower Baptist Church in Washington, Iowa, is not a mega church, but their generosity couldn’t be bigger. As supporters of England missionaries Glen and Tammy Galbraith, the church sent a team of painters within months after the Galbraiths began revitalizing a church in Portsmouth. As the Galbraiths’ church grew, Prairie Flower got to know their people through Skype and sent $100,000 to kick-start a church addition project. Groundbreaking began in November 2019 to double the church’s size, and it’s been the buzz of their community. The Galbraiths’ church people have gained great appreciation for Prairie Flower’s contributions, which have shown them faith-stretching possibilities for the church to reach further for Christ into their needy community.

For months, the Cochrells had prayed to purchase a specific property for their church plant in Alto Qosqo, Peru. They hoped to secure it before the arrival of a work team from Dyer Baptist Church in Dyer, Indiana, in July 2019. The team prayed alongside them, wanting to help the Cochrells begin construction. When that didn’t happen, the work team flexed seamlessly by helping with other projects, and they covered childcare and household needs so Stephenie could make an emergency trip to the US before her grandfather passed away. The team was eager to meet Carlota, the landowner, who was deeply touched by their visit. After the team left, within six weeks, Carlota agreed to sell the property. The Cochrells believe that the team’s prayers and concern for her helped move the sale forward.

After wrestling with when to quit his job and begin full-time deputation for their future ministry at Missionary Acres (BMM’s retirement village), Bryan Tanner and his wife, Lisa, took that leap of faith in October 2019. It was no easy decision for their family of 11. Yet once they stepped out, God provided in miraculous ways. An individual pledged to pay for a van for the Tanners, and a 2011 Chevy van with only 35,000 miles appeared on the market. The van seated 15, enough to accommodate their whole family plus cargo and their handicapped son’s wheelchair. The donor covered the entire cost: purchase, tax, and licensing. This individual’s timely, generous gift boosted the Tanners’ faith and encouraged them at a difficult period of deputation.

We cannot salute churches without sharing our commendation for individual supporters. Faithful families, couples, and singles are part of the army of donors and prayer warriors that sustain not only missionaries but also Baptist Mid-Missions’ Home Office. In 2017, we began long overdue office renovations. Fundraising for projects as unglamorous as parking lot resurfacing, roof redo, and boiler repairs can be challenging, but the Lord burdened specific individuals to cover the cost of each of these. Skilled work crews from Salem Baptist Church in Winston-Salem, North Carolina, sacrificed their time to perform much of the contracting work.

Support takes many forms: finances, prayer, mission teams, cards and letters, furlough housing, and more. It takes a team of supporters to accomplish the Great Commission. Through generous churches and individuals like these—and many more—missions continues to move forward. 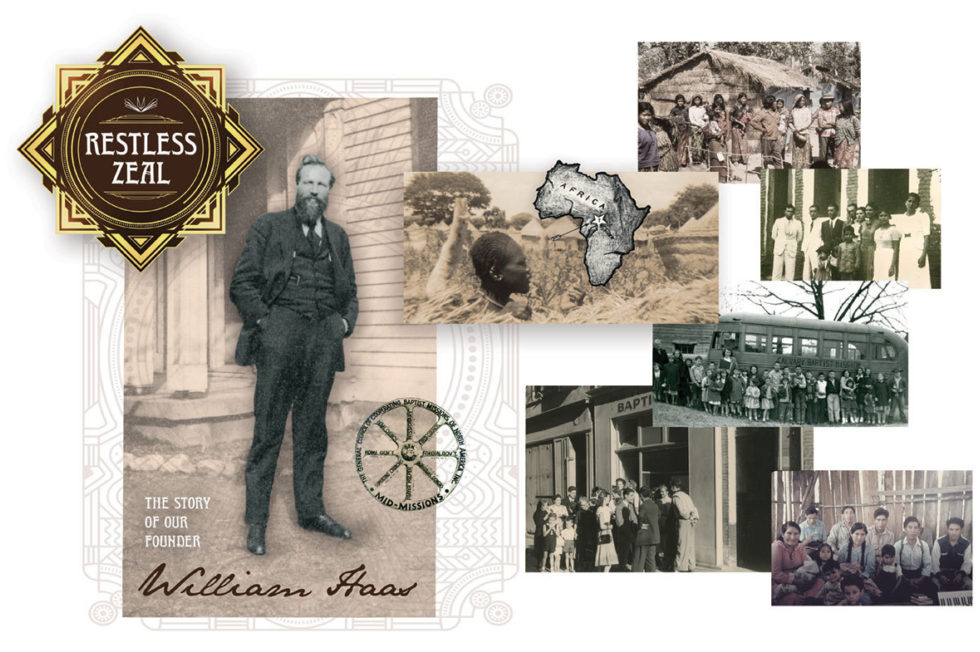 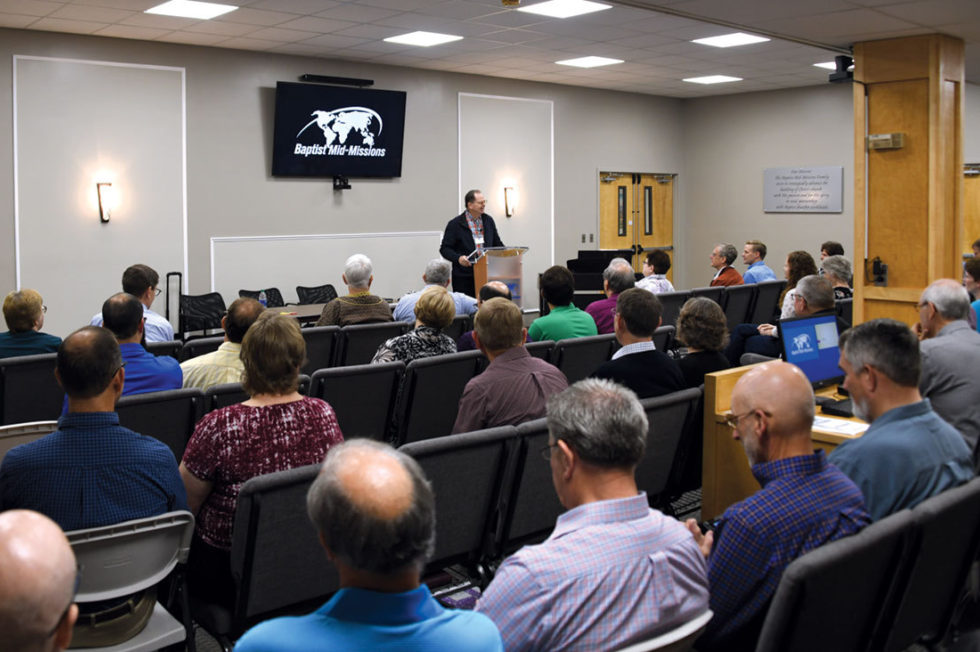 Guardians of the Gate

Our thanks to the BMM Council members who keep us strong and stable as an organization.

Churches are the wellspring of missions.