Missionary service is not a solo enterprise.
Instead, many churches and individuals play important roles on a missionary’s team. Those roles are varied and range from performing practical support tasks to sharing in financial needs as the work progresses.

Roy and Dorothy Kishpaugh were married near the end of World War II. As a P-51 pilot and Distinguished Flying Cross recipient, Roy completed 74 missions over Germany. When he returned from the war, they made their home near Weston, Michigan, and engaged in the ministries of their local church. Roy’s joy was teaching the Word in Sunday School. They soon became acquainted with BMM, and that relationship has continued for over 70 years.

Around 1950, BMM Missionaries Bill and Glenna Grant were preparing for their work in St. Lucia, and they needed help managing their prayer letters. Roy and Dorothy volunteered, and their work placed them in a vital role of receiving, printing, and transmitting the missionaries’ communication to their churches and friends.

The Kishpaughs considered it a wonderful privilege to serve in this way, but it was just the beginning. In the years that followed, they took responsibility for the distribution of prayer letters for other missionaries: Albert and Naomi Spieth, Bob and Aloha Vance, and Don and Pat Block.

With the advent of e-mail and electronic media, the days of mailing prayer letters have faded. Although Roy has stepped into heaven, Dorothy continues to support Baptist Mid-Missions’ Global Impact Fund. “What I do for Baptist Mid-Missions is little, but I rejoice that I can still help the gospel to be heard around the world.”

Like the Kishpaughs, many people play a vital but behind-the-scenes role in missions. Some make their greatest contribution to the Great Commission through financial support.

Please join our team and help the gospel to be heard around the world by giving to BMM’s Global Impact Fund!

“I still thank the Lord for the many years and ways to serve Him.”

Through BMM Foundation’s Memorial Gift Program, you can provide a lasting legacy by making a donation in memory of a loved one who has gone Home to the Lord or in honor of a birthday, retirement, graduation, wedding, anniversary, new baby, or any other occasion. These special events are ideal opportunities for you to give a gift that will keep on giving for years to come.

Gifts made to the Memorial Fund are invested and are used to make an impact for the gospel around the world.

In the past, most gifts were made by mailing in a check. Although many ways are available to make a gift of cash, consider other tax-advantaged ways to support Baptist Mid-Missions’ ministries.

To discover how and what you can give, visit our planned giving website at giftplanning.bmm.org. 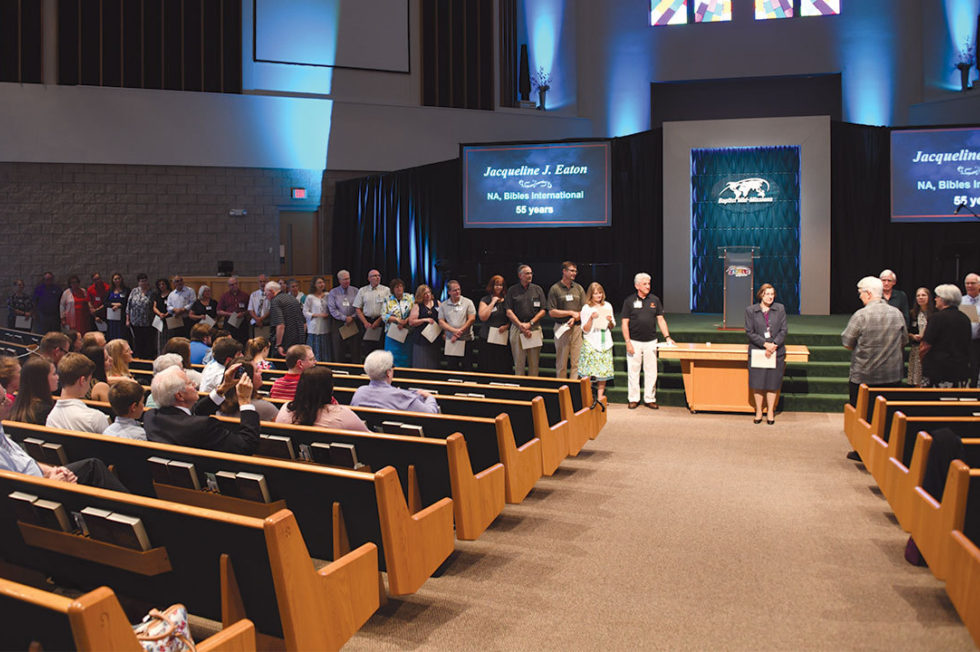