"The Baptist Mid-Missions Family exists to strategically advance the building of Christ’s church, with His passion and for His glory, in vital partnership with Baptist churches worldwide.”

If you could peer into the DNA of Baptist Mid-Missions, what you’d see is this mission statement. Building Christ’s church and partnering with His churches worldwide is who we are and what we do.

This issue of Advance looks back on 2022 and how BMM missionaries used this DNA like building blocks, as Mike and Dawn Jewell and their Brazilian team did—a physical and spiritual fulfillment of the building of Christ’s church.

Mike and Dawn Jewell and their Brazilian team members Rodinele and Beti have been astounded at how God is using their tiny church’s construction project to build bridges with unsaved people in Tatuí, southeast Brazil. In June, when construction materials arrived at the worksite, an unsaved man named Adriano stopped by. Mike readily welcomed his offer to help, and Adriano worked very hard all day. Even though he was unemployed, Adriano refused payment. He said he was touched by the godly attitude of the church members he worked alongside.

The neighborhood is buzzing that a church is coming to their community, mainly because of the members’ work ethic. One man posted in the neighborhood’s WhatsApp group, “I’m not a religious person, but these people caught my attention! I want to know more about what they believe.” Many others see God doing something special, including Rodinele’s neighbor, Renato. Rodinele spent four hours one night sharing Christ with him. The small church is praying for the salvation of Renato and several other neighbors.

“Our church is amazed at God’s provision, as we are nearly halfway done with the building, and we owe NOTHING! God has paid for everything! Each time we seem to be coming to a crucial stage, God steps in and covers the bill using one of YOU.”

Christians near and far are adding to the extraordinary things God is doing. In July, two Brazilian church work teams arrived from 5-6 hours away. They worked so hard from Monday morning to Saturday night that Mike couldn’t help comparing them to workers in Nehemiah’s time. The churches took on the project without being asked. Sizable, sacrificial gifts also streamed in from the Jewells’ supporters, including a $15,000 matching gift. In August, Mike wrote to supporters, “Our church is amazed at God’s provision, as we are nearly halfway done with the building, and we owe NOTHING! God has paid for everything! Each time we seem to be coming to a crucial stage, God steps in and covers the bill using one of YOU.”

As the exterior takes shape, the church’s interior—its people—continues to grow. The teens formed a prayer group to spend at least 15 minutes on their knees daily. Almost immediately, God started opening doors to share the gospel. It was jaw-dropping when people began to message the church on social media: “I need to talk to someone about God.”

When Fábio (a young pastor seeking God’s direction in ministry) arrived to lay block, the missionaries felt led to invite him and his family to join their team. God’s guidance was confirmed when Fábio and his wife, Viviane, accepted the invitation. Mike and Dawn realized that God has more than provided efficient leadership to eventually take their place, and they are grateful.

Rodinele and Beti, who were saved and trained through BMM ministries, started Igreja Batista do Arrependimento (Repentance Baptist Church) and invited Mike and Dawn (right) to partner with them. This is an exciting missions trend as national churches initiate their own missions projects, and expatriate missionaries contribute support and experience.

Across the globe, Jesus Christ is doing exactly what He promised He would do—building His church! 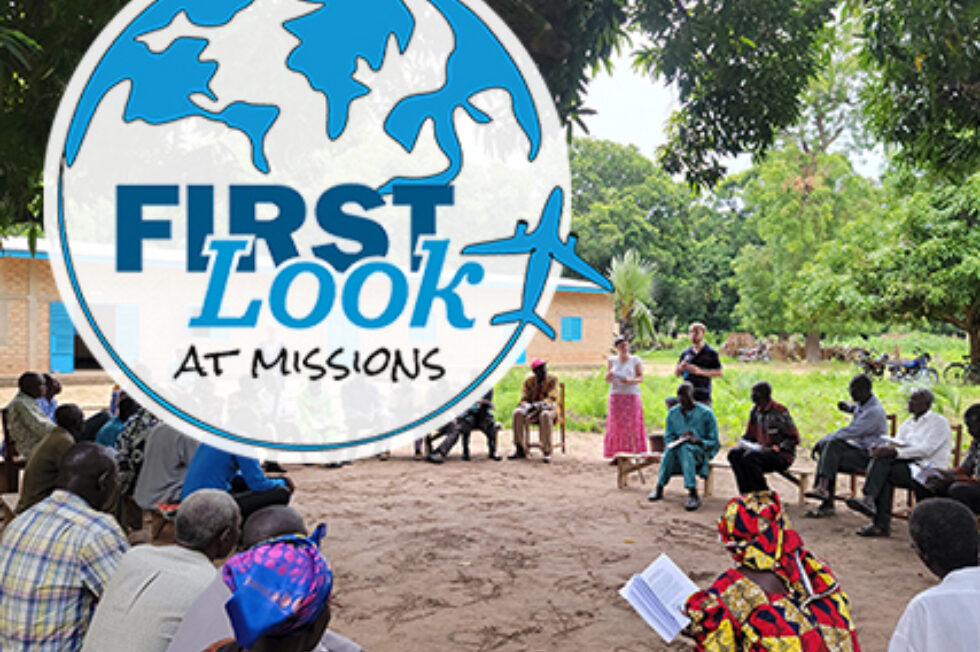 BMM's FirstLook internship program sent more than a dozen students to nine countries to get their first (and sometimes second or third) look at missions.